The Death And Life Of Water: Improving Water Use In Jaipur
Chenjie Xiong
INDIA
University of Virginia

Throughout history, people in the city of Jaipur, India have always been struggling with water scarcity. People went further and further to get water because the city’s expansion and population growth continuously outgrew the local supply. Presently, the city has to obtain water primarily from the Bisalpur Dam 150km away. However, there are 20% of total water demands which still cannot be met, and it is projected that the city will lose its current water source in 20 years. In addition, the city is confronting flood issues as well; people suffer from water scarcity during dry seasons, and inundation during monsoon seasons.

The test area has around 9000 households and around 80% water loss during monsoon seasons because of impervious surfaces. Only 52% of households have access to treated water, and only 17% are connected to the closed drainage system. Therefore, the project aims to improve and build new water and sanitation infrastructures in order to help local people fight with water scarcity and inundation.

The project envisions an alternative way to manage water considering basic water infrastructure related to water lifecycle and harvesting strategies. These water systems are integrated and combined with building structures at public spaces in the community, providing better quality of public spaces while giving visibility to the water collection process.

A network system of water supply and discharge within the urban scale is built first to connect households to the water, while collected rainwater is stored and serves only surrounding public toilets. Then, two different income-level communities are selected and developed with specific strategies. Prefabricated, light structures are inexpensive and easy to be installed in open spaces, and are flexible in response to various types of public space needs. Potential programs of public spaces include shaded area, markets, handicrafts, water supply stations and public toilets, integrating daily activities with water use and sanitation management. After the creation of a water system prototype on the test site, it could be replicated in other areas to further expand the system. 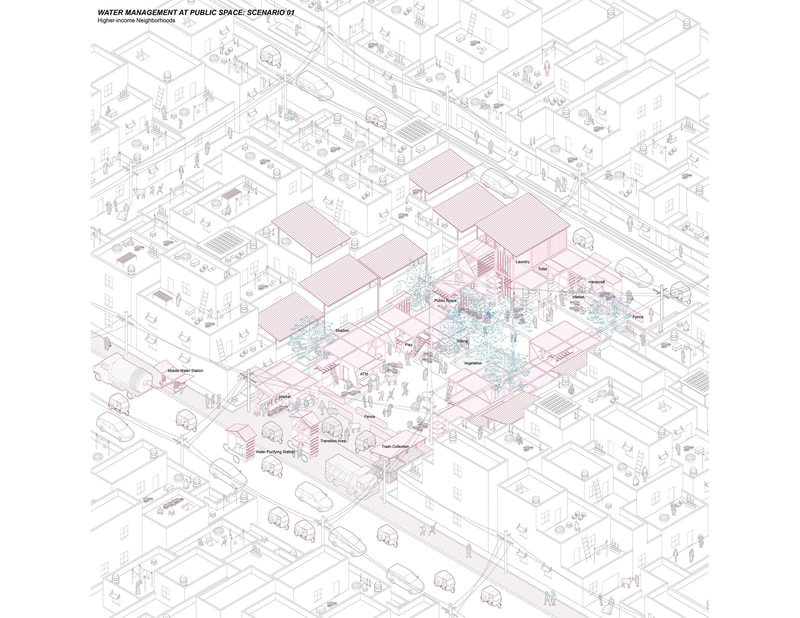 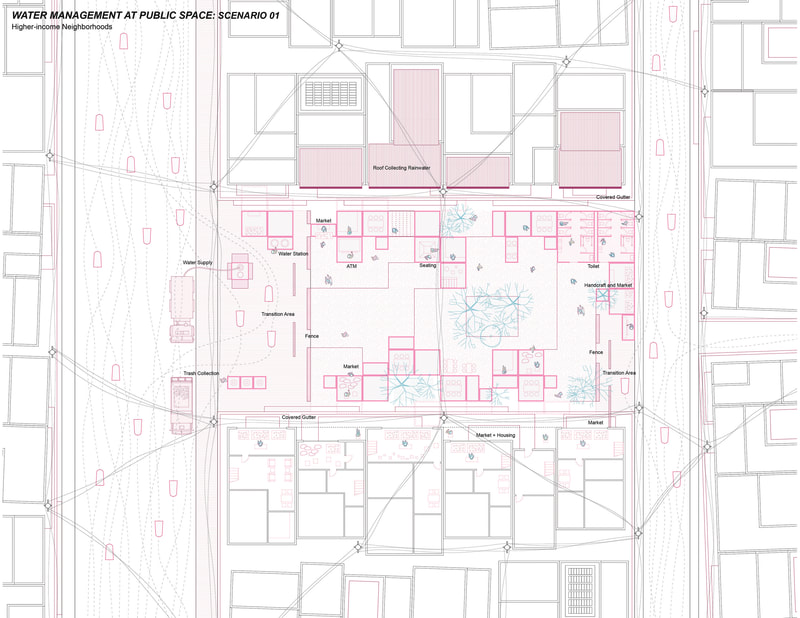 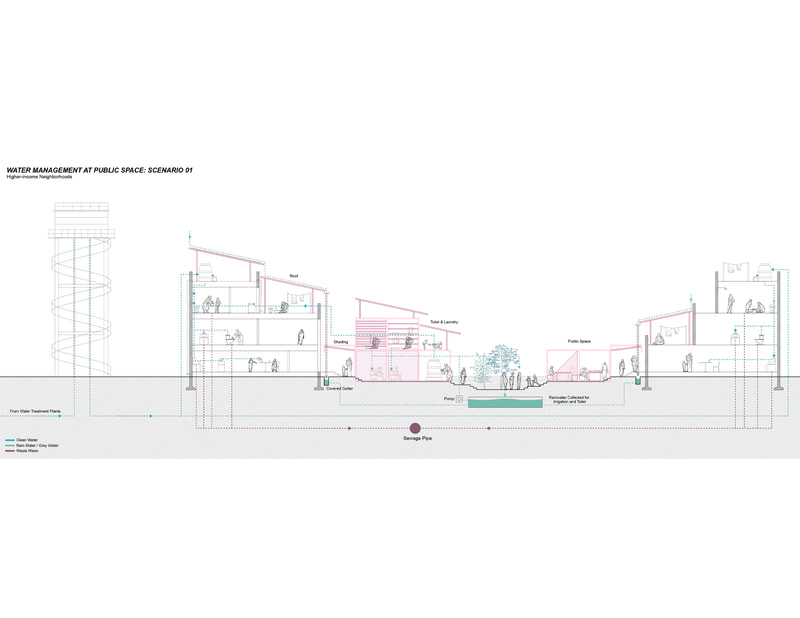 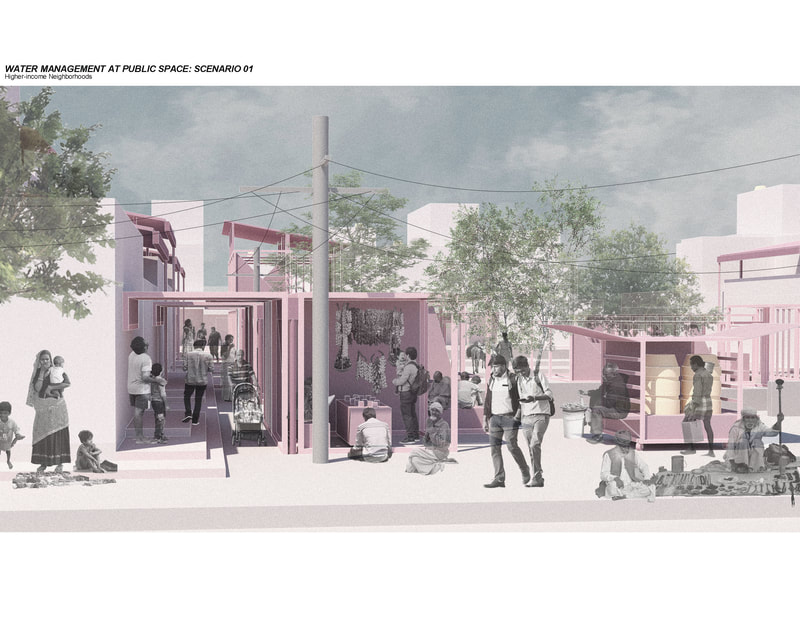 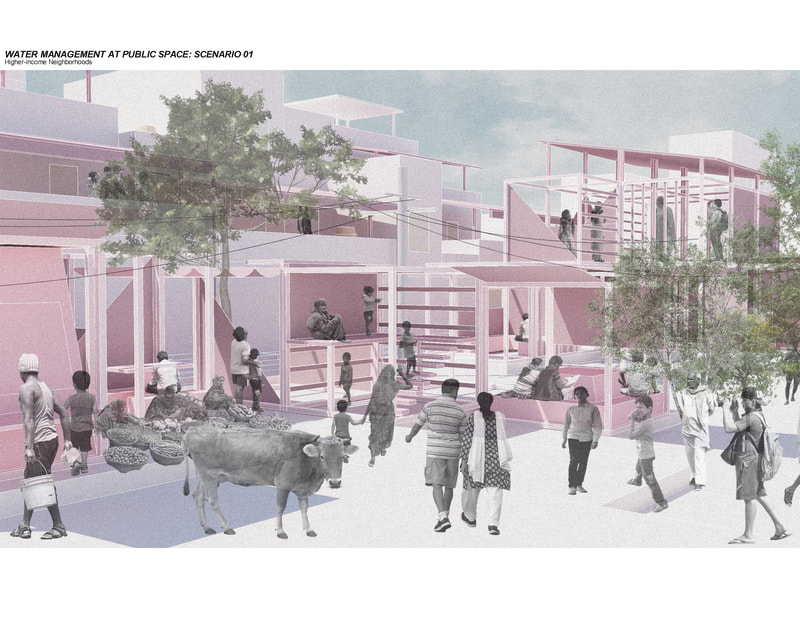 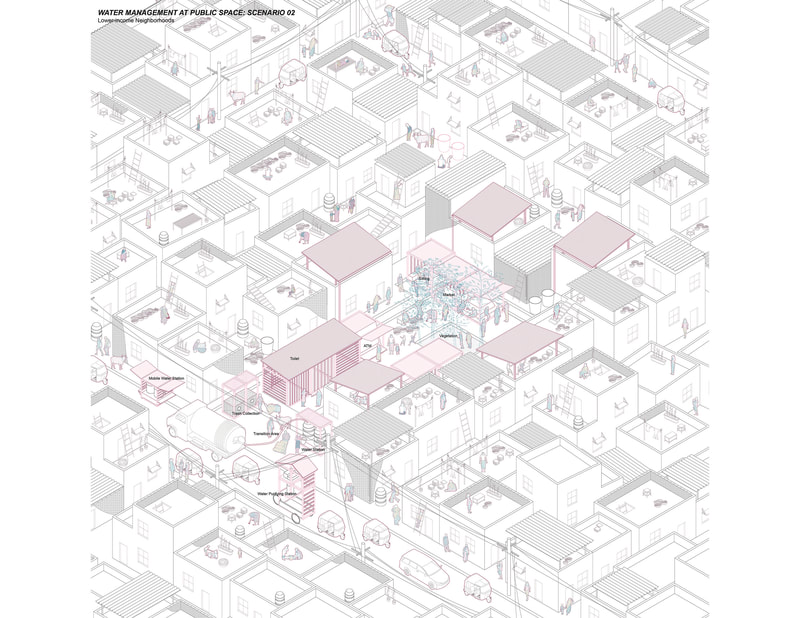 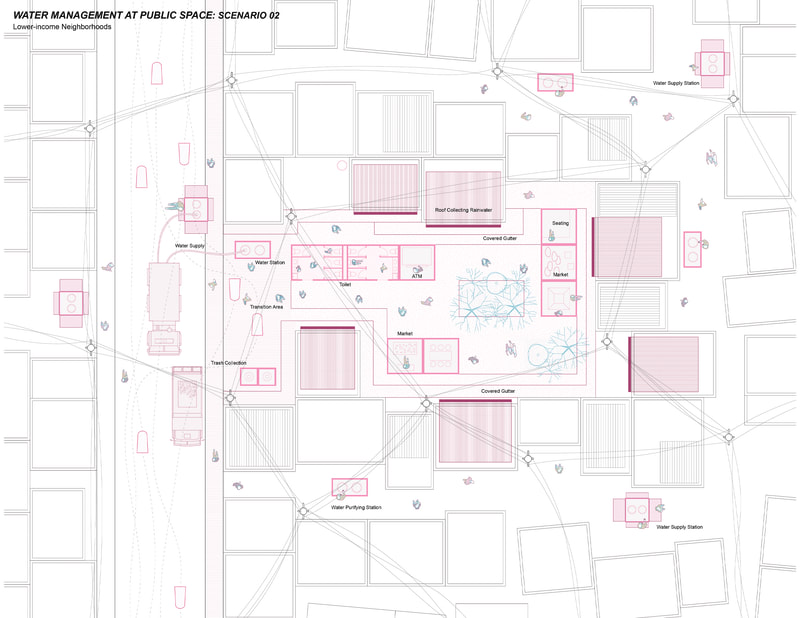 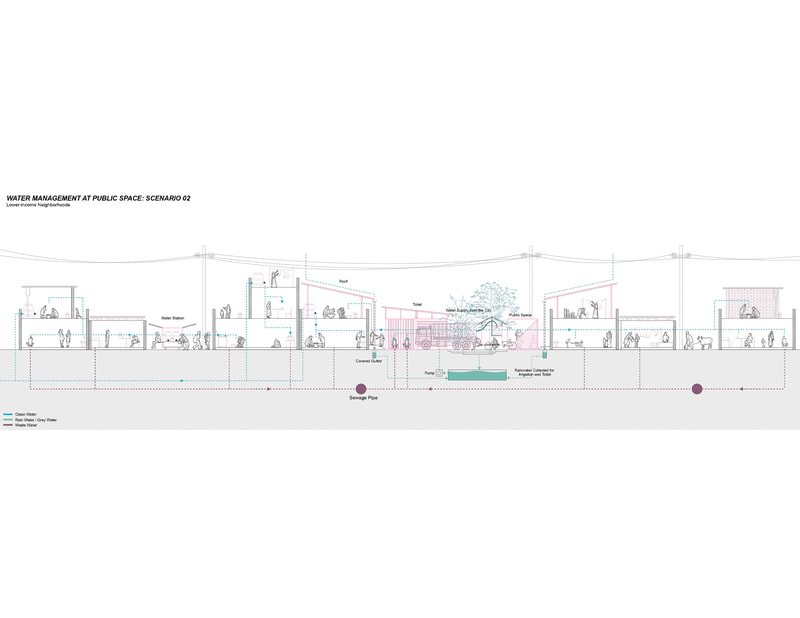 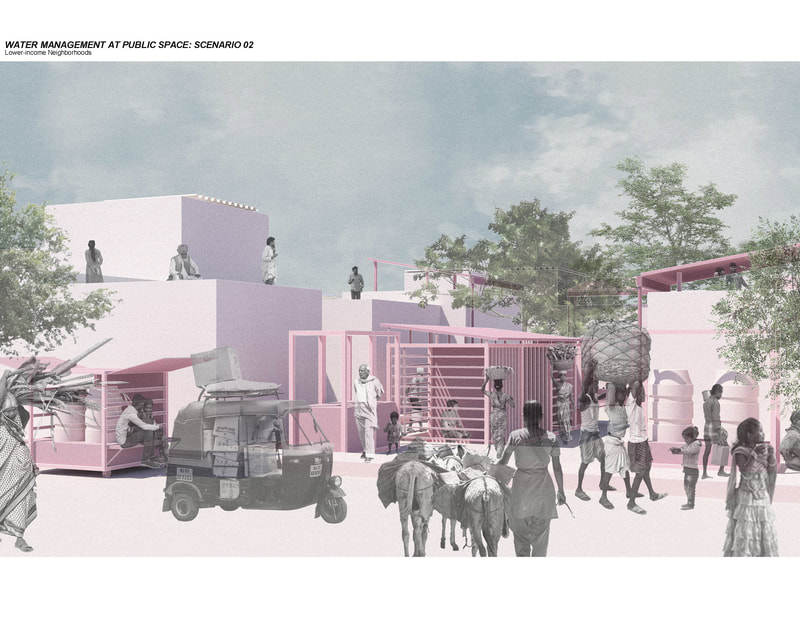 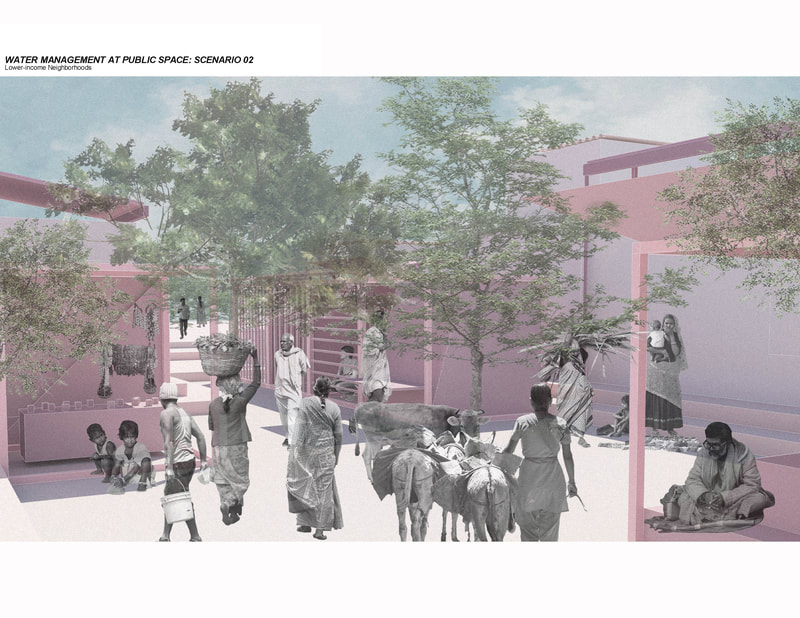